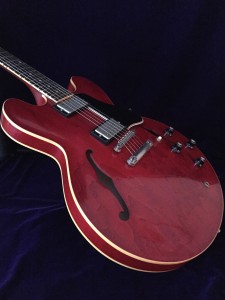 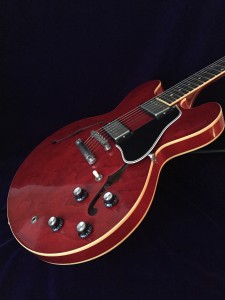 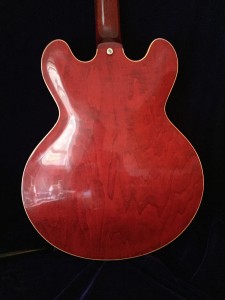 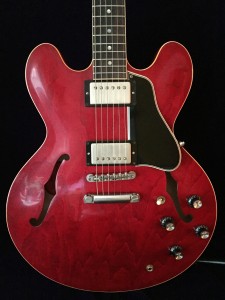 The Gibson Warren Haynes 1961 ES-335 pays tribute to this artist’s achievements, while capturing the best of the iconic early “Dot Neck” ES-335 in a guitar that both players and collectors alike will want to make their own. From its gently worn Vintage Cherry VOS finish to the light patina of its nickel hardware, this vintage-spec ES-335 totally looks the part. Thanks to select tonewoods, period-correct construction and BurstBucker 1 & 2 PAF recreations, it sounds and feels like one too.

The original ES-335 was virtually an overnight success up its release in 1958. By 1961 (the last year of the “Dot Necks”) it was recognized as one of the most versatile electic guitars available anywhere, adept at everythimg from blues, to jazz, to rock, to country.

The Warren Haynes 1961 ES-335 employs the original semi-hollowbody construction for depth and resonance and solid maple center block to aid sustain and combat feedback, From its correct “Micky Mouse-ears” body shape, to the comfortable feel of its correct early-’60s neck profile, it’s a guitar that will inspire you to make music too, whatever genre you play.