Posted by plectrumnyc on Nov 5, 2015 in plectrum|nyc events | No Comments

My head is still spinning from information overload on the conference floor. So many excellent speakers, panelists, instructors!

Among the highlights were the panels covering Audio-in-TV production for many of my favorite shows: 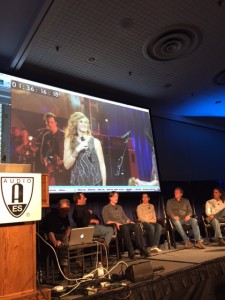 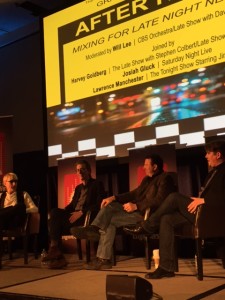 What became apparent was the enormous level of complexity, especially in Audio production for Live TV.  A continuous element of “surprise” keeps engineers on their toes and demands never-ending “on the fly” problem solving and ingenuity! Kudos to these extraordinary engineers, who manage to all make it look so easy!

“Platinum Producers-Bad Vibrations” offered welcome balance and contrast to an otherwise highly technical AES conference schedule, by focusing on the shall I say more “esoteric” side in music production. 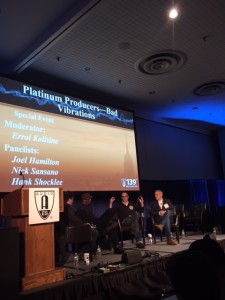 Hank Shocklee (Public Enemy, LL Cool J, Bell Biv Devoe, and EPMD, as well as remixing albums for Peter Gabriel, Tricky and Sinéad O’Connor ) recommended the use of certain scented oils (rather than incense) “to clean up” the studio/the creative space. Joel Hamilton (Blacroc, Tom Waits, Iggy Pop, Elvis Costello, Matisyahu, Puss and others ) discussed the importance of shielding the artist in the studio from outside influences, including people not actually involved with the creative process, and Nick Sansano (mixing for Public Enemy, Ice Cube, Run DMC) pointed out that a producer’s role usually goes way beyond working in the studio– from being the artist’s “shrink” to even posting bail– to secure that the creative process can continue! 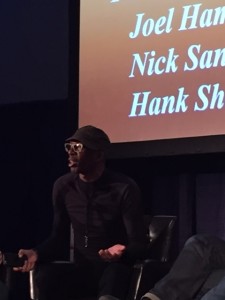 Al lot more ground was covered though and Hank, Joel and Nick had some fun and some hair raising stories to share. This was one great panel and many thanks to Errol Kolosine (NYU Tisch/ Clive Davis Institute) for organizing this event!